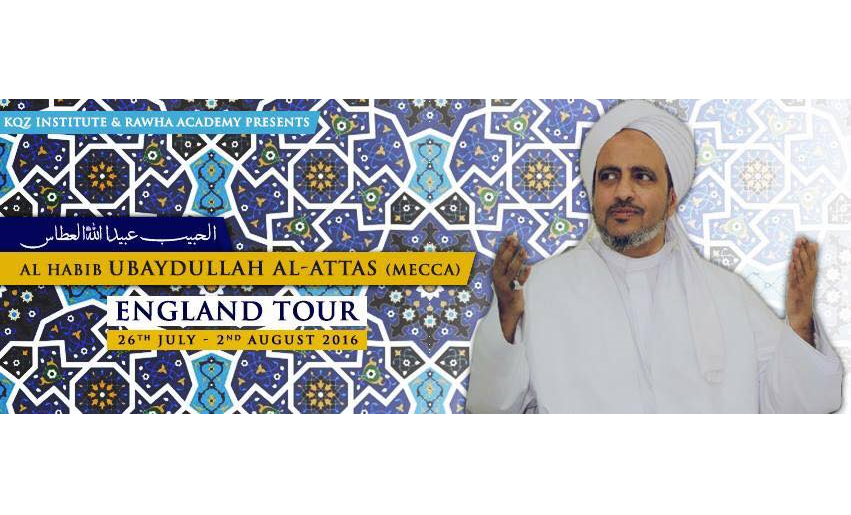 It is paramount for all Muslims to do their best to help promote Islam in a good light, especially given the onslaught of those who have hijacked the Islamic faith and create chaos, destruction, hate, divisions and killing. While they may act out of a belief of self-righteousness, yet their actions are anything but Islamic that bring the negative attention to a peaceful religion.

Habib Ubaydullah al-Attas (Mecca) first began his education and rearing at the hands of his blessed parents. His father, Habib Muhsin al-Attas. a man of knowledge, piety, and character; and his righteous mother, Sayyida Khadija bint Abdur-Rahman al-Attas both instilled within him from a young age the love of Allah ﷻ and His Messenger ﷺ and Prophetic character.

Habib Ubaydullah sought sacred knowledge with an uninterrupted chain of transmission back to the Messenger of Allah ﷺ at the hands of some of the greatest scholars of the age, including Habib Abdul-Qadir al-Saqqaf, Habib Ahmad Mashhur al-Haddad, Habib Abu Bakr al-Attas, Sayyid Muhammad Alawi al-Maliki, Habib Umar bin Hafiz, and many others.

He graduated from Umm al-Qura University in the Holy City of Mecca with a degree in Mathematics. He continues to teach, serve the community, and engage in da’wah.

Purpose of the Tour

Habib Ubaydullah al-Attas will share how Muslims can remain steadfast to the mainstream path of Islam. He will share ideas on what Muslims can do today to reclaim the banner of Islam and truth from these usurpers, and discredit their heretical ideology.

The tour will seek to guide the general muslim populous and to influence and inspire individuals engender personal and communal change.
The noble Shaykh will discuss aspects of the prophetic way relating to:

In summary, We are aiming to have Habib Ubaydullah al-Attas deliver lectures, reminders and discussions that will inspire individuals to action both on a personal level and by partaking in communal activities.

We look forward to receiving Habib Ubaydullah al-Attas. May this visit be a cause of rectification and guidance for the people of the regions and the world.